Do you believe in Play? 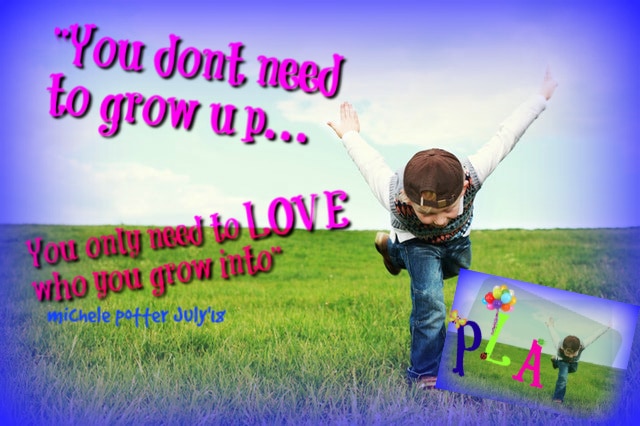 Do you Believe in PLAY and What does this mean to YOU?

Or let’s put it another way.

When was the last time someone asked you to play?

Maybe it was when you were a child, or perhaps it was more recently when your own child asked you?

Too often we pass up the chance to have fun or play.

Maybe, we see ourselves as being too old, we often hear ourselves say

“I just need to finish this,” “finish that,” or “Maybe tomorrow?”

Ask a friend or your partner “Will you play with me today?” Or, maybe just ask them…”Do you believe in Play?”

Then see what the reaction is – both theirs and your own.

Do you feel stupid? Silly? Even uncomfortable?

And there it is… WHY?

The thing is, you don’t have to stop playing because you grow up.

We had fun, we laughed more, and we were carefree!

Of course, as children, we didn’t have the same worries to fret over and bills to pay as we do as adults. But as adults, we put so many constraints on ourselves and stop believing in our abilities and ourselves. Often forgetting how to have fun and to play.

You can believe anything you want if you believe in yourself! Then anything is possible!!

In fact, whenever we turn around a situation in our lives, that is when we turnaround a belief.

The other day I was watching a film called ‘Mr. Magorium’s Wonder Emporium’. Dustin Hoffman plays Mr. Magorium, and Natalie Portman is the young lady who manages his shop.

The Wonder Emporium is a magical place where anything is possible IF YOU BELIEVE. Paper planes fly round and round. Bouncy balls keep on bouncing. And if you’re searching for a fire engine, you ask ‘the big book’ and turn the page to F. with a puff of smoke a fire engine appears in toy form ready for action.

The film allows you to lose yourself in your imagination and see that anything is possible with a little faith and belief.

Natalie Portman is lost in her life, not making any progress while seeing others moving forward in theirs. She has done the same thing for many years and still can’t find her ‘sparkle.’

Then one day, Dustin Hoffman presents her with a beautifully polished square block of wood. He tells her that she can find her sparkle from the block of wood. The significance of the wood is that she is the block, and while she is ‘locked’ in her belief system, the block remains as she sees it.

However, when she changes her mindset and starts to believe it in her heart that she genuinely does hold the magic within her, the block then moves. Just as she moves from her current state of mind, so does the block.

There’s a young boy in the film called Eric, who describes the way adult ‘grown-ups’ are held back by their beliefs. He puts it like this.

“Why don’t grown-ups believe what they believed when they were kids? After all, aren’t they supposed to be smarter?”

“Sometimes, you need the opportunity to prove to yourself that you are something more than what you believe.”

When it’s time for Dustin Hoffman to leave ‘this world’ and part, he hands over the shop to Natalie Portman, he holds her face in her hands and says

“Your life is an occasion, rise to it!”

So with that being said…

And when someone asks you to play, will your reply be?

When the day comes, and it will, when you lay your head down for the very last time, will you ask for more time to clean, work or finish that report you were working on? Or will you wish you had said ‘YES’ to that someone who asked you to PLAY?

REMEMBER, ANYTHING IS POSSIBLE IF YOU BELIEVE! 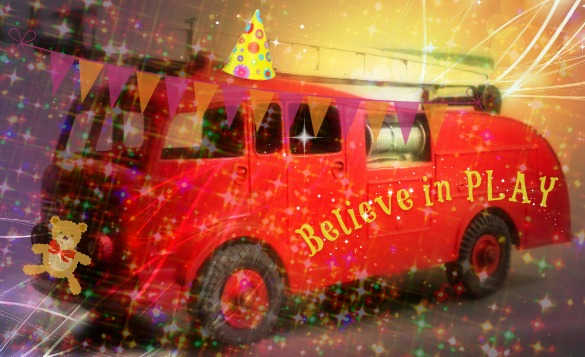 Are you ready to create a life of PLAY? Or, should I just ask you…Do you believe in PLAY?

YES, I want to play

By clicking on the button, a separate page will open taking you to the Garage of my virtual home – my workshop.

Here you can enter your email details to receive the Free On-Demand video series.

But, why is this of any interest to you?

Well…Simply put, you will be one step closer in DISCOVERING ‘How to Start a Profitable Online Business’ starting from scratch.

Then who knows, the next time someone asks you to Play it may just look a little different?

Do You Believe In Play?